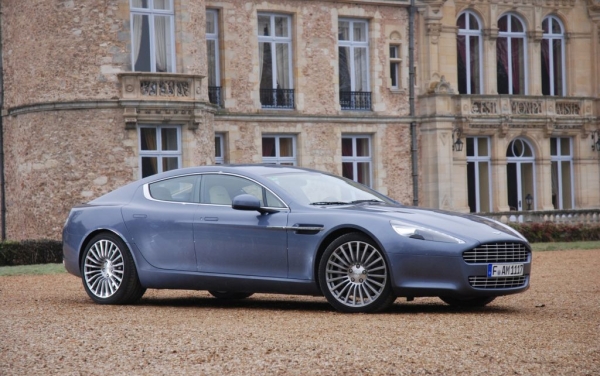 The Aston Martin Rapide is a five door, high-performance sport saloon, which British luxury marque Aston Martin introduced in early 2010. The Rapide name is a reference to the Lagonda Rapide, a saloon car produced by Lagonda, now part of Aston Martin. The car is based on an Aston Martin DB9.The Rapide is built at a dedicated plant at the Magna Steyr facility in Graz, Austria. It is the spiritual successor to the Aston Martin Lagonda, the company's previous four-door saloon, which was discontinued in 1989 - 21 years before the Rapide's launch. For luxury and convenience, the Rapide's standard features include a tilt-telescoping steering wheel, bi-xenon headlamps and LED taillamps. Leather and walnut trim are standard, with metallic accents, power front seats with memory and heating; Bluetooth, satellite radio, and USB and iPod connectivity.