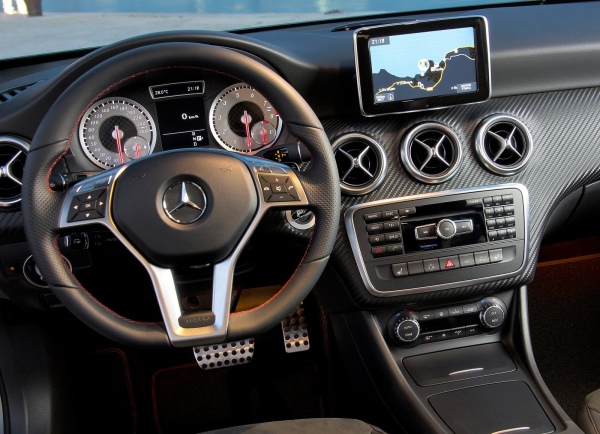 The third generation of Class A is officially unveiled on 5 March 2012 under the Geneva Motor Show. It was preceded by the Concept Car Concept in 2011. This Class A abandons the formula of mini MPV to become a competitor classic sedan 5 doors, the Audi A3 and BMW 1 series. January 29, 2013, this new version of the A-Class was elected Most Beautiful Car of the year on the occasion of the inauguration of the International Automobile Festival in Paris, Les Invalides.